February 10, 2021
Have you tried tongue-twisters?
A tongue-twister is a phrase that is deliberately designed to be difficult to say. Especially, at speed!
These can be a lot of fun in small groups or even when practicing them alone.
Some tongue-twisters are designed to produce results that are amusing when mispronounced. Others simply rely on creating confusion when mistakes are made.
The idea of the tongue twister may have originated from the art of alliteration. An 'alliteration' as wikipedia puts it, is the conspicuous repetition of identical initial consonant sounds in successive or closely associated syllables within a group of words. For example, Black bug bit a big black bear.
Over the years, tongue-twisters seem to have been offered up for everything from curing hiccoughs to testing the fit of dentures. More recently researchers into neuroscience have also used them to monitor brain functions.
https://www.psychologytoday.com/gb/blog/the-athletes-way/201312/tongue-twisters-reveal-quirky-brain-functions
For our purposes, as an enunciation exercise, they help us improve both pronunciation accuracy and fluency.
In the play Pygmalion by George Bernard Shaw, an unassuming flower girl from the streets of London (complete with a typical cockney accent) is taught how to speak like a lady of class. The author uses the following tongue-twister as one of the flower girl's exercises:-
In Hertfordshire, Herefordshire and Hampshire Hurricanes Hardly ever Happen.
Perhaps, surprisingly, the word that is so hard to say in this sentence is the word "ever". This is because all the other words begin with the letter H and so the speakers' tendency to say “Hever” becomes overwhelming.
Supposedly, one of the trickiest tongue twisters to say is
Which was created by MIT researchers in 2013.
(Though we’re more fans of some of the old classics ourselves.)
Some tongue-twisters are over two hundred years old and still useful today. For example, Peter Piper was first recorded in print in 1813 by John Harris in Peter Piper's Practical Principles of Plain and Perfect Pronunciation. (Now, that’s a mouthful of a title!)
When approaching a tongue-twister the first thing to remember is that this is not a test.  Even native speakers trip up with tongue-twisters all the time! (That’s what they’re designed to do, trip us up.)
The point of using them is to have fun while getting your brain and mouth used to making the correct sounds and shapes at the right time.

How to master the tongue-twister.

Do not attempt to go too fast until you've mastered steps 1 to 3.

Below are some of our favourites:

If Peter Piper picked a peck of pickled peppers,

Popular posts from this blog 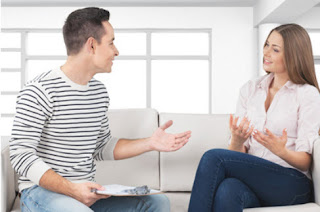 The key to increasing fluency is speaking more often. Who would have guessed? But what do you do if you don't have a native speaker to converse with? Perhaps, you've heard linguists recommend practising in the mirror? If you're not too self-conscious that is.  Though it might seem rather silly, it might not be such a bad idea. Speaking aloud to yourself in your target language can be really useful, and it certainly takes away the pressure of having others listen. Though, perhaps you might get a little stuck with what to say? This is where the articulate.xyz app comes in. With the articulate.xyz app you can read out loud. Choose from several different books. From easy books, like Peter Rabbit, to more difficult books like "On the Origin of Species". Sure, you may still make mistakes but unlike just reading out loud on your own, the app listens to you. It works out what words you're having trouble with and builds specific practice lists and suggests lessons with
Read more 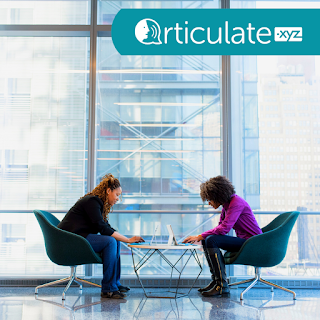 by Paul Evans Founder, articulate.xyz Ltd   It’s estimated that over ¼ of the worlds’ population (over 2 billion people) speak or are learning English. That’s a lot of people. At the same time it’s estimated that there are around 378 million native speakers, again, a lot of people! What’s interesting is what the difference between those two numbers implies. It tells us that the chances are the person next to you in that meeting, coffee shop, theatre, sport centre, park or historical site, isn’t a native English speaker. Consequently, to interact with that person you are going to require a common language.   Speaking English well not only helps bridge that gap, but opens up a world of opportunities.   Career advancement A growing number of multinational companies are using as English their main language. Some just at executive levels and others are mandating English usage throughout the whole company.   English has become the global language of business, the common o
Read more

Speaking better English - alternatives to "and" 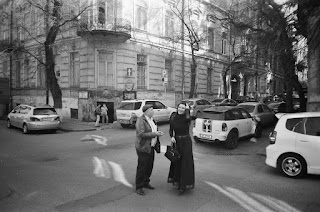 As mentioned in previous posts, when getting to grips with a new language, repetition is the key. Some words in English can get used a little too often, making the speaker sound flat or monotonous. This is very typical of the word "and". You can improve your speech with a few alternatives and this can help maintain engagement with listeners.    "And" is typically used to connect two sentences with related ideas (conjunction). And it can be used to introduce new ideas or act in a list (this and that and the other).   Some examples:- " The boy laughed and jumped out of the tree. " "The wallpaper was red and black." " I love you more and more every day "   Alternative ideas:- Instead of using "and", consider whether you can use one of the alternatives below? together with along with with as well as in addition to including also too besides further more moreover plus what’s more Try adding some of these words to 'My List'
Read more